A CanSat is a simulation of a real satellite, integrated within the volume and shape of a soft drink can.
The participants build a small satellite, with which they carry out different missions.
A possible internal layout of a CanSat is depicted on the following figure: 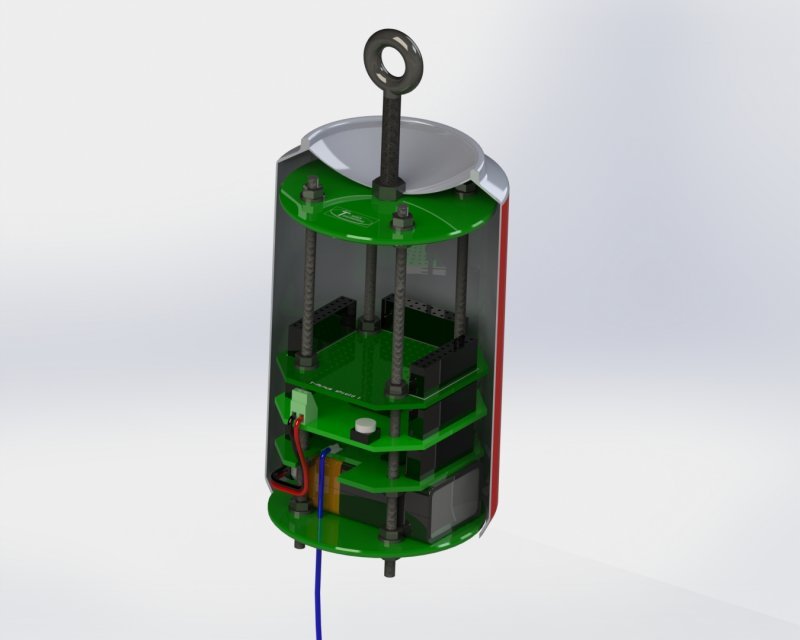 The participants of the competition should design every part of the satellite, including the power supply, sensors, a communication unit, and they have to build them with respect to the given conditions. There are several rules about e.g. the dimensions of the case, the mass of the satellite, or about other important parameters. This can be considered as a challenge.
The CanSat is then launched to an altitude of ca. 1.000 metres by a rocket.
In the rocket the CanSat will be placed similar as follows (the CanSat on the following picture has been made with a different internal layout): 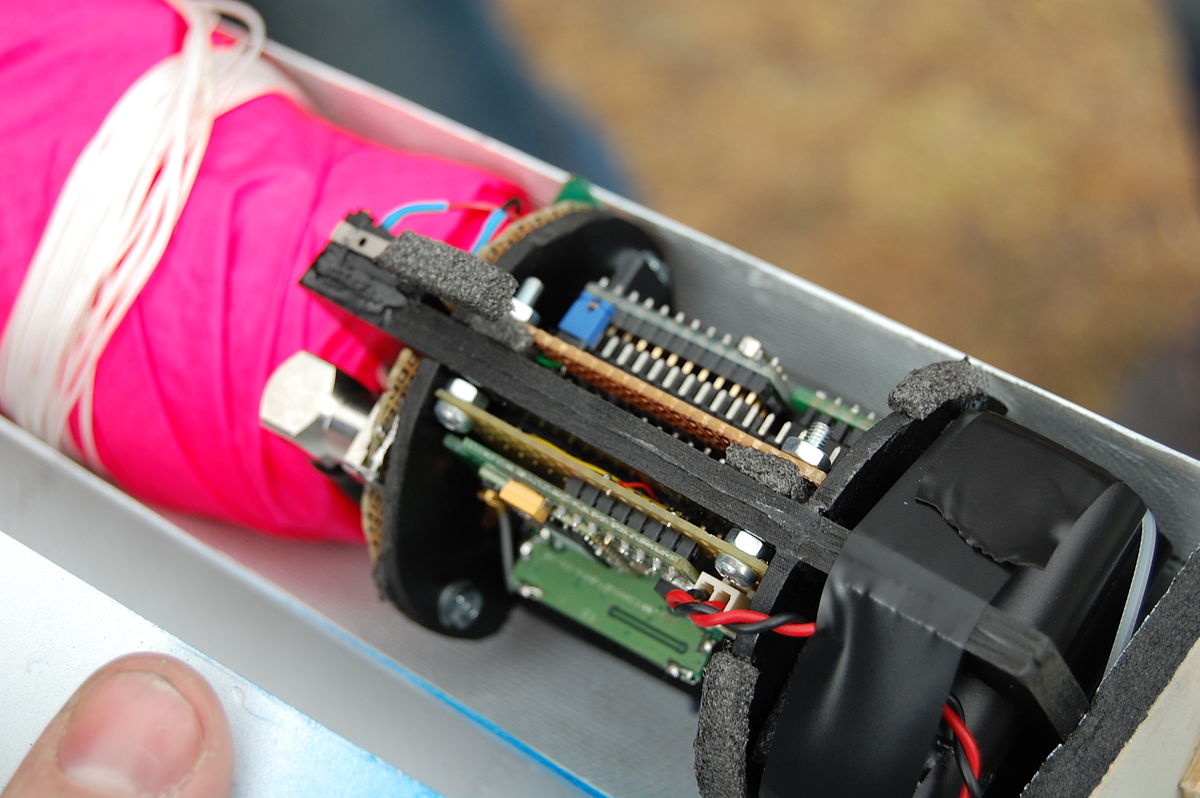 The launch is going to be the same or very similar as on the following figure:

The task for the teams is to communicate in real-time with their CanSats, do measurements (measuring temperature and pressure is obligatory) with the satellite, then land with it under safe conditions. During the competition the teams also have to present the results of their measurements.

Further details about the competition can be found on CanSat website of ESA, and more information about CanSats on the ESA What is a Cansat? web page.

We chose to design a brand-new motherboard for the microcontroller, to analyse the electromagnetic spectrum (in GSM band), and to do targeted landing to be our own mission.